The Greenway Trail System has been part of the long-term vision of creating a walk-able community within Thompson’s Station that would connect the major subdivisions and schools to the 300+ acres of park lands and Town Center and provide an alternative means of transportation.  For each phase of the project, the Town has been awarded grants of varying sizes to assist in the construction.  On September 16th 2019, Governor Bill Lee awarded Town Administrator Ken McLawhon the $1.29 million TAP grant in Nashville.

Phase 1 of the greenway was completed in 2014 with a Transportation Enhancement Program (TAP) grant.  The greenway extends from Tollgate Village to the Nutro Dog Park and the installation of a new trailhead and parking lot.

Phase 3 of the greenway is also about to begin with the Town’s award of a $1.29 million TAP (Transportation Alternatives Program) grant.  The phase 3 extension will begin close to the Thompson’s Station Middle School running north to the Fields of Canterbury subdivision and connecting west to the Nutro Dog Park, crossing under Columbia Pike via an existing under-crossing that was built in coordination with TDOT during the Columbia Pike widening project. 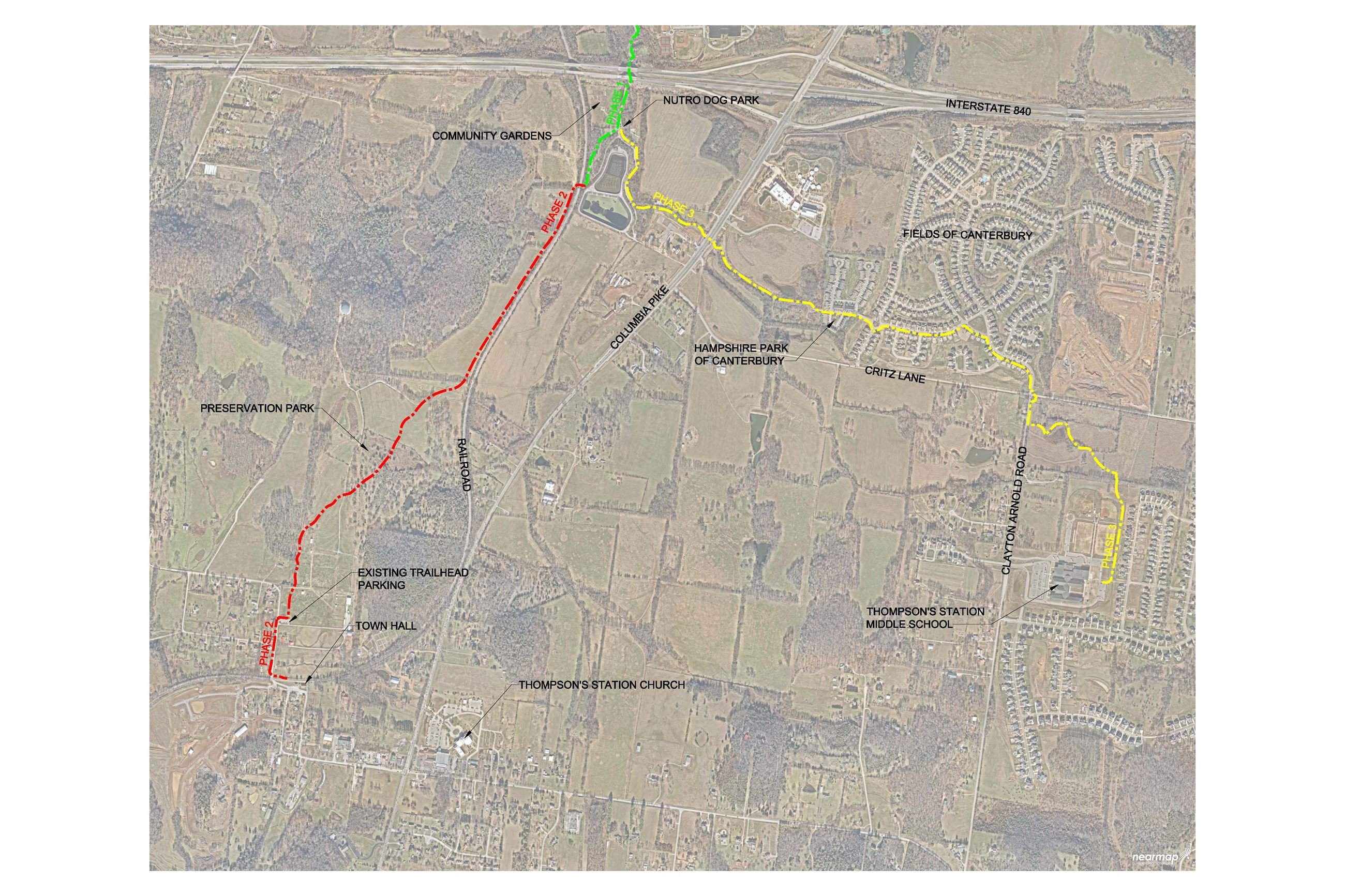