Visit this page to see any currently posted bid packages.

NOTICE TO CONTRACTORS OF CONSTRUCTION BIDS TO BE RECEIVED Tuesday, May 25th, 2021.

The following is a general description of the Project:

Bids will be received for a single prime Contract.   Bids shall be on a unit price basis as indicated in the Bid Form.  All bids must be in accordance with the Bidding Documents prepared and issued by the Issuing Office.

Bidding Documents also may be examined at the following:

A “Bid Bond” or other acceptable bond security in the amount of 5 percent of the bid amount must accompany the submitted bid.

All bids, which shall include the costs for payment and performance bonds when required, shall remain binding on the Contractor for a period of 60 days after the bid date and time and the Owner reserves the right to accept any bid or bid alternate, to reject any or all bids, or to waive any informalities in bids received where such acceptance, rejections, or waiver is considered to be in the best interest of the Owner.  All alternates requested on the bid form will be considered in the award of the Contract.

All bidders must be licensed contractors as required by the Contractors Licensing Act of 1976 (TCA Title 62, Chapter 6) and State of Tennessee Public Chapter No. 644 Senate Bill No. 1713.  No bid will be considered unless the sealed envelope containing the bid provides the following information:  the name, license number, expiration date thereof, and license classification of the contractors applying to bid for the prime contract and for the masonry over $100,000, electrical, plumbing, heating, ventilation, and air conditioning contracts, and for each vertical closed loop geothermal heating and cooling project, the company name, Tennessee Department of Environment and Conservation license number, classification (G, L, or GL), and the expiration date, appear on the outside of the envelope containing the bid except when the bid is in an amount less than twenty-five thousand dollars ($25,000) [masonry over $100,000]. When the bid is less than twenty-five thousand dollars ($25,000), the name of the contractor only may appear on the outside of the envelope containing the bid, and upon opening the envelope, if such bid is in excess of twenty-five thousand dollars ($25,000), the same shall automatically be disqualified. Only one (1) contractor in each classification may be listed. Prime contractor bidders who are to perform the electrical, plumbing, heating, ventilation, and air conditioning or the geothermal heating and cooling must be so designated upon the outside of the envelope. Failure of any bidder to comply therewith shall void such bid and the envelope containing such bid shall not be opened or considered. The failure of any bidder to comply with all of the provisions hereof shall automatically disqualify such bid.

No faxed or electronically transmitted bids will be accepted.  All bids must be in a sealed envelope marked “Pratt Road Repaving”. 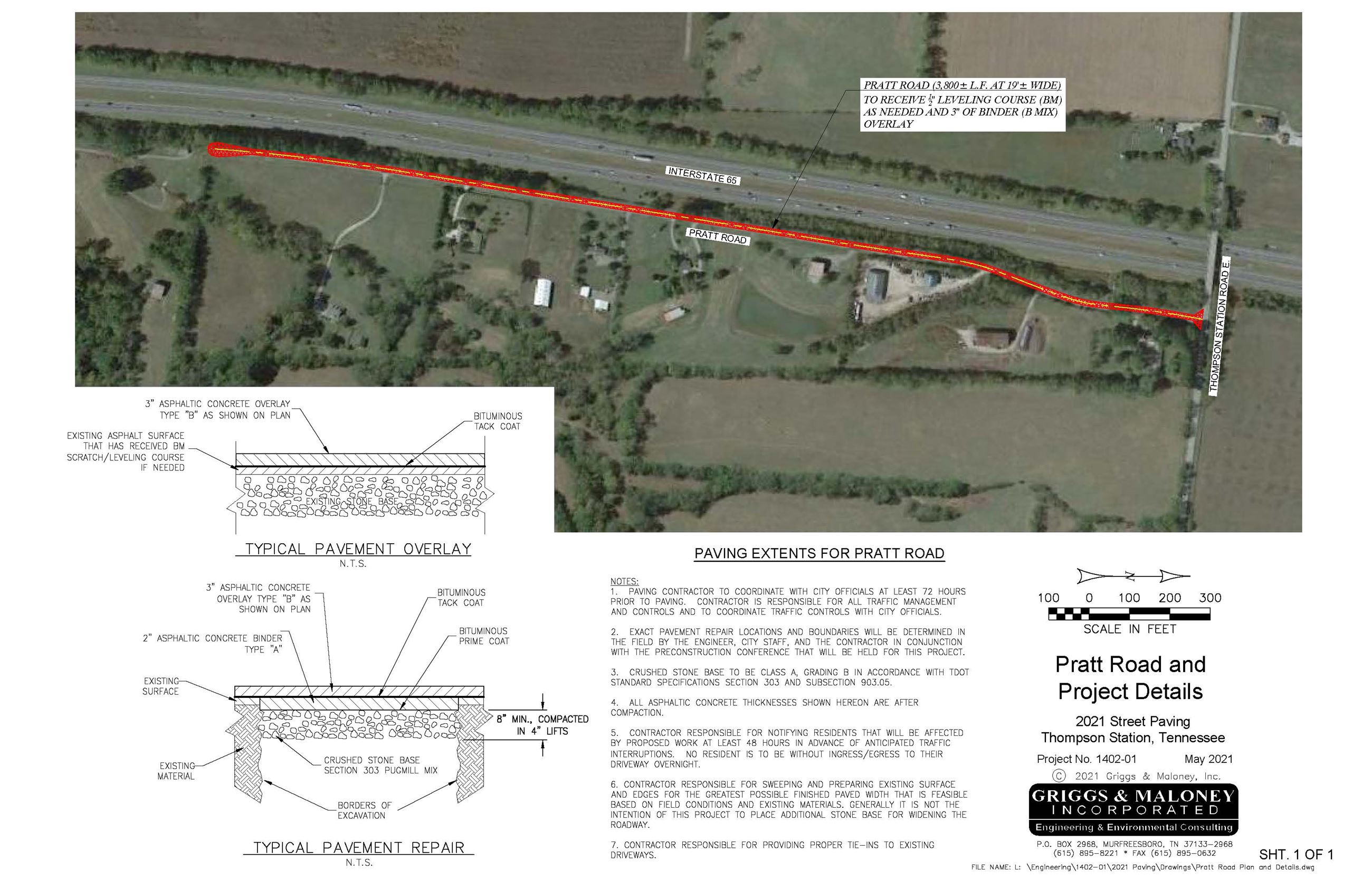